In 1792, Jacob Schmidt and his wife Barbara purchase a tract of wilderness about 30 miles northwest of the farm where they had lived since 1768.  Whatever their original intentions for this additional land, they sold it to their son, also named Jacob in 1797.  The younger Jacob cleared fields, built a home, and raised a family here.  His son, named Jacob as well, also raised his family--including a son named Daniel--in that home, too.  Daniel began replacing the first-generation building in the 1870s:  a barn in 1877, a large pigpen in 1879, a brick-sided house in 1885 and other outbuildings.  Daniel's grandson, Banks, had completed most of the current standing structures by the 1920s.  Now, some 225 years on, Banks' great-grandson, another Daniel and his wife Cori, are endeavoring to maintain and restore the historic property, while growing grain, forage, and vegetables, along with producing eggs and pork. 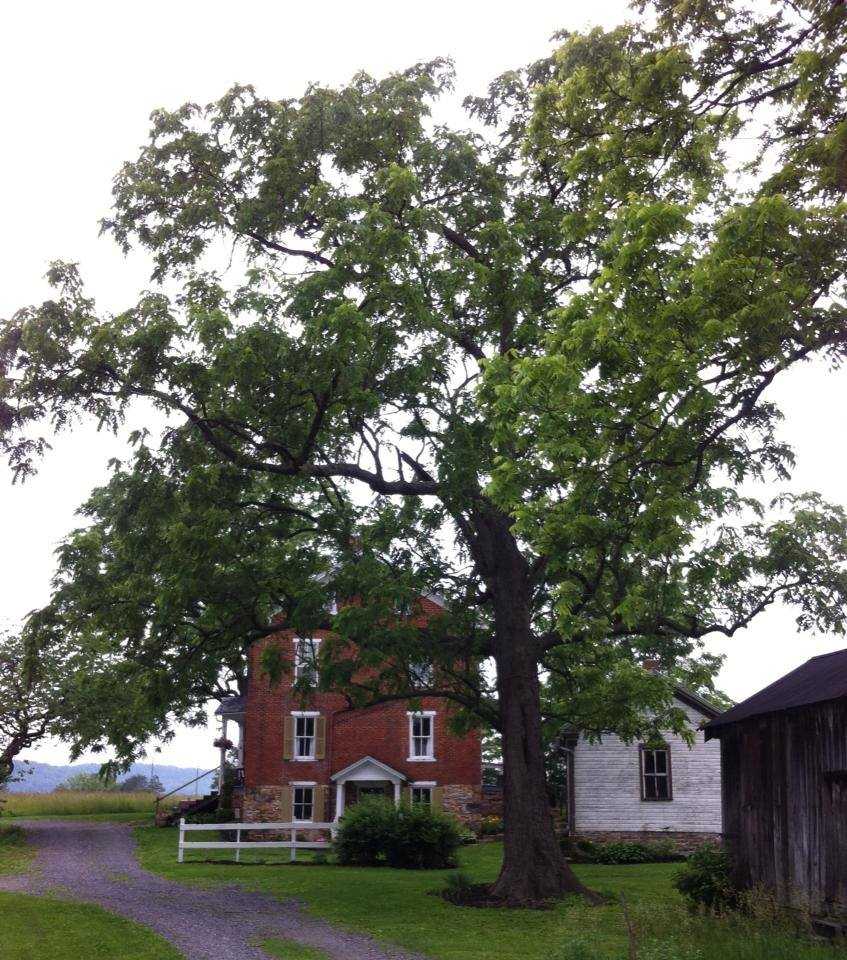 The "Lucian Tree," a majestic black walnut was planted in 1870 by Lucian Smith, son of Daniel Smith, and the father of Banks Smith.  The house built in 1885 by Daniel is seen in the background.  In the foreground to the right is a woodhouse / woodworking shop.  Writing inside the building indicates dates of completion of woodcutting beginning in the 1880s.  In the middle right is the wash house / spring house. 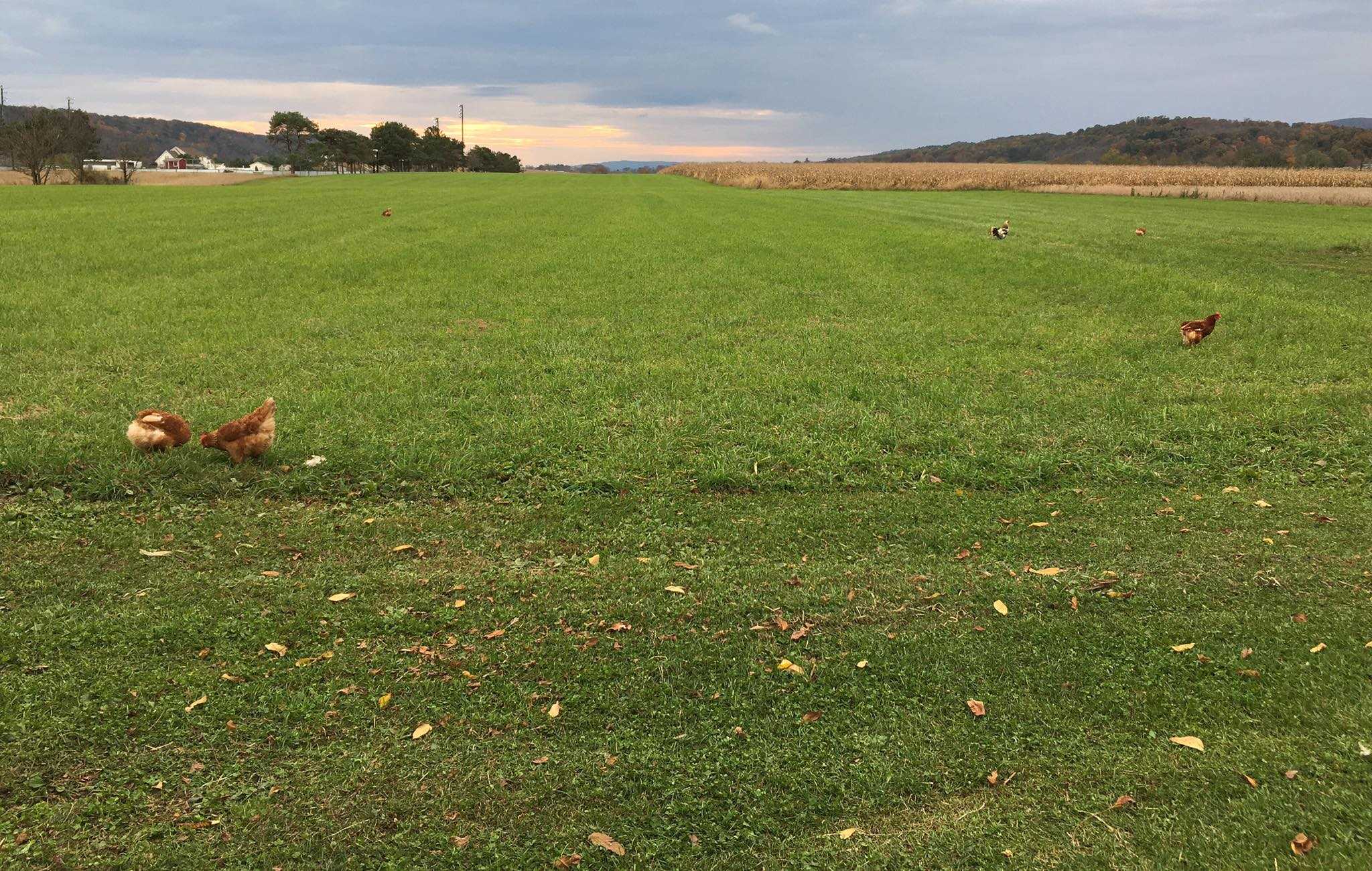